Broadcasting from Atlanta, This Epic Disaster is a weekly relationship podcast about the epic disasters in our lives, from crappy jobs and one-sided friendships to dysfunctional marriages and just plain old poor life choices. Hosted by long-time podcasters, best friends and former romantic couple, Cheri Brown and Rick Baldwin, TED features comedy, interviews, pop culture, games, trivia, and valuable information you can use when the things in your life go horribly wrong. A new episode of This Epic Disaster is released every Monday and is available on iTunes, Google Play, Stitcher and everywhere you find great podcasts. Download and Subscribe for all of the latest episodes. 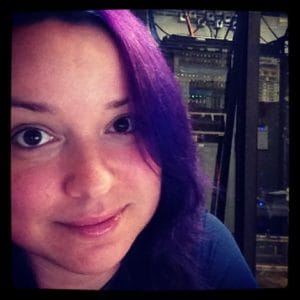 After having to quickly leave her hometown of Oakland, Ca for reasons we can’t legally go into, Cheri Brown made a home in Alaska at 15 years of age. While there, she occasionally wrestled Grizzlies and swam in the glacial waters. But mostly, she fought with snow on the roads trying to get to work in the dark, so she could push paper around a desk all day and fight with snow on the roads to get home in the dark. She also found time to attend University of Alaska, studying art and photography. She married the first guy that would have her, but the marriage failed when he quit coming home. After 20 years of getting stuck in the snow, Cheri decided to leave Alaska. She promptly found a sucker on-line who asked her to move to the south and live with him after only seeing nudie pics. That sucker was Rick. Rick and Cheri attempted many ventures together, most of which failed. They did discover that they podcast well together, if nothing else. So, when Rick asked Cheri to create This Epic Disaster with him, she knew they were up to the task. They had been creating disasters together since 2009, after all. Cheri is currently single and actively trying to steal Rick’s wife, if only for the cooking. 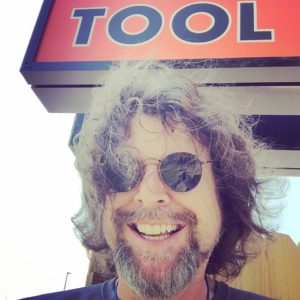 Rick Baldwin was born and raised in the hills of East Tennessee where he spent most of his childhood in private seclusion writing material for that future day when podcasts would be invented. In the 1980s, he attended a small Baptist college to study for the ministry but, after three months, changed his major to Theatre, permanently disappointing his hard-working parents and Jesus. After five years mastering the craft of “bad actor,” Rick forged ahead for 8 years to excel as “crappy stand-up comedian.” Since 1987, he has been a professional “mediocre cartoonist,” a “lousy illustrator” and an “embarrassingly bad artist.” In 2009, Rick met Cheri online and convinced her to move in with him by emailing a headshot of a tanned and well-oiled Jeff Goldblum. Rick and Cheri started the Life in a Kilt Podcast together in 2013 but, soon afterward, their relationship flopped and Cheri promptly threw the podcast at Rick and it broke. The podcast was revived in 2016, followed by This Epic Disaster in January of 2018. Rick currently lives in Atlanta, Georgia with his awesome and beautiful wife Maria who never throws podcasts at him or leaves purple hair dye in the sink or eats sunflower seeds in bed.